Why Scale? Distance as Similarity

The affects of scaling on measures of similarity

When trying to determine how similar or different data points are (for example, two MFCC analyses with 13 values each) we often measure the “distance” between the points in their multidimensional space as a consideration of their “similarity” (in this case, “multidimensional” means the 13 MFCC dimensions). Points that are closer in multidimensional space are regarded as being more similar while points farther away are assumed to be more different. These distances are often computed as the euclidean distanceUsing the Pythagorean Theorem (but often in more than two dimensions) to compute the distance between any two points in a multi-dimensional space. between two points, however other measures of distance also exist.

For more information about scaling, see the reference of the respective scalers (Normalize, Standardize, and RobustScale) as well as the page Comparing Scalers.

Many machine learning algorithms base their calculations and results on these distance measures (including PCA, UMAP, MDS, KMeans, KDTree, Grid, KNNRegressor, and KNNClassifier). Therefore it’s very important to be aware of what the ranges of the data’s dimensions are and what affects these ranges could have on the results.

For example, we are going to compute the similarity between sound slices that are represented by two attributes with very different ranges: spectral centroid in Hz and loudness in dB. The spectral centroids could have a range of about 10,000 Hz (maybe 2,000 Hz to 12,000 Hz), while the loudnesses might have a range of only about 100 dB (-100 dB to 0 dB). If we were to plot these spatially such that 1 Hz = 1 dB we’ll see what looks like a flat line: because the ranges are so different (two orders of magnitude), we’re really only able to see the differences in one of the dimensions.

By zooming in a bit we can see that the nearest neighbour of any given point is essentially based on the proximity in the dimension with a greater range: spectral centroid, whereas the comparison of loudness in dB has much less impact on how distant the various points are from each other—and little to no impact on which point is the nearest neighbour.

Using a scaler (such as Normalize, Standardize, or RobustScale) can transform each dimension in a dataset into a more standard range (here used differently from the object Standardize), usually between 0 and 1 or centred around 0 with the other values as nearby positive and negative values. This scaling can ensure that all the dimensions used to compute distance are in a similar range and therefore will be equally influential in determining the distance between points.

Some audio analyses, namely pitch/frequency and amplitude/loudness, are commonly portrayed on a logarithmicA logarithm is the opposite of an exponent. With exponentiation (y = x^2), as 'x' gets bigger, 'y' keeps getting 'exponetially bigger'. With a logarithm (y = log(x)), as x gets bigger, y continues to grow but at a slower and slower rate. See the Wikipedia article for more. 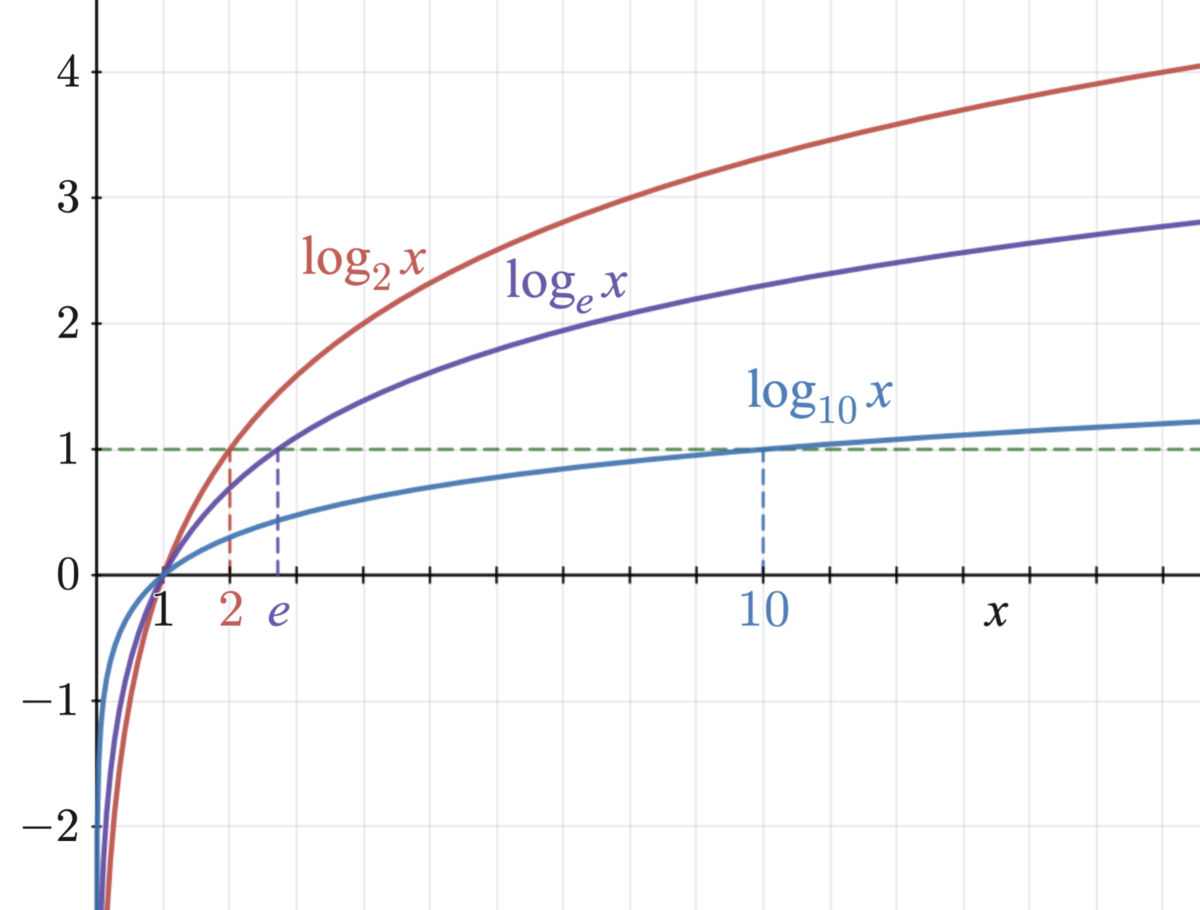 scale instead of a linear one. Because logarithms distort ranges and scales (often in a useful way!), choosing one or the other will affect the distances calculated between points. It’s important to know which scale is being provided by an analysis and how it might affect your data. See the unit parameter in Pitch and SpectralShape for control over linear and logarithmic scaling.

For example, frequency analyses might be provided in hertz (which is on a linear scale), however this doesn’t reflect how humans actually perceive pitch distance. For a more perceptually relevant scale it is displayed logarithmically in pitch space (perhaps labeled as MIDI notes or semitones). If measuring in hertz, the distance from the A4 down one octave to A3 is 220 hertz, while the distance from A4 up one octave to A5 is 440 hertz—twice as far even though we perceive them to both be one octave! Measuring these distances in semitones however will reflect they way we perceive them: both a distance of 12.

An overview of some common distance measures