MFCCs as a Form of Data CompressionMFCC 0

MFCC stands for Mel-Frequency Cepstral Coefficients (“cepstral” is pronounced like “kepstral”). This analysis is often used for timbral description and timbral comparison. It compresses the overall spectrum into a smaller number of coefficients that, when taken together, describe the general contour of the spectrum.

MFCCs as a Form of Data Compression

Note that the blue line seen on the right is not the actual coefficients of the MFCC. Instead it is an inverse discrete cosine transform of the cepstrum used here for display purposes. The blurriness of the spectrogram on the left mirrors the lower resolution spectral representation that MFCCs offer. 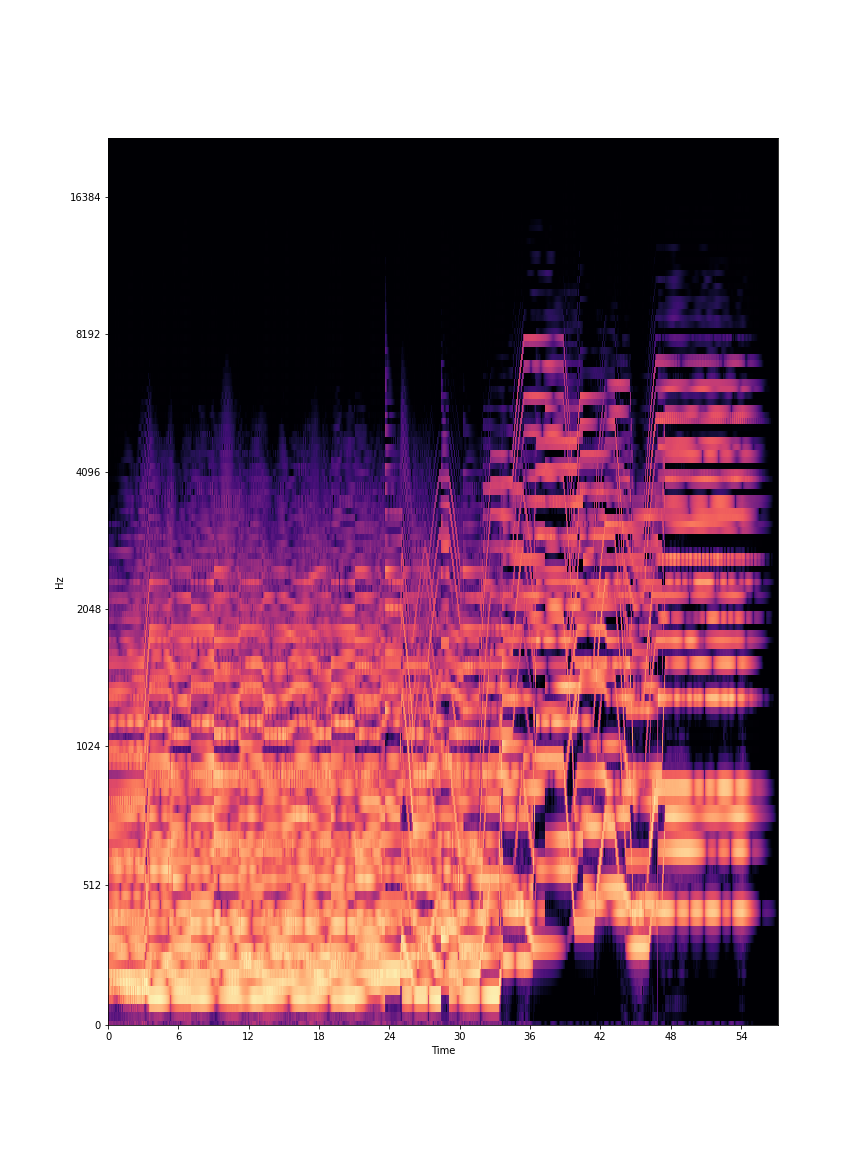 Learn more about how the MFCC values are calculated in an interactive demonstration.

Other that the 0th coefficient, MFCCs are unchanged by differences in the overall energy of the spectrum (which relates to how we perceive loudness). This means that timbres with similar spectral contours, but different volumes, will still have similar MFCC values, other than MFCC 0. To remove any indication of loudness but keep the information about timbre, we can ignore MFCC 0 by setting the parameter startCoeff = 1.

Filtering out the 0th coefficient can be useful when you want the timbres used in a classification or analysis to be unaffected by loudness. For example, if using an MLPClassifier to classify the difference between a trombone and an oboe, you’ll want the classifier to distinguish between these instruments regardless of how loud or quiet the instrumentalists are playing.